Fail Early Fail Often To Succeed As A Content Marketer 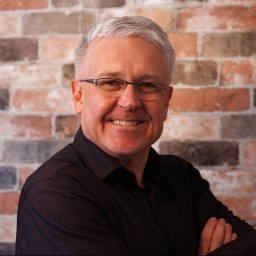 Fail early fail often is the best way to approach content marketing if you want to succeed. This is because the fastest way to learn anything and be successful at it is by doing it.

And doing something new means you're going to make a lot of mistakes, and that's a good thing.

Making mistakes is the foundation of this approach to learning and this is how you'll succeed as a content marketer.

I know you're thinking that failing early and often seems to be counterintuitive, but research has shown that making mistakes is actually an important part of the learning process.

We learn from making mistakes and we’re more likely to remember the information or lessons we've gathered from mistakes.

So, if you’re looking to learn something new, don’t be afraid of failure. In fact, embrace it.

We’ll also give you some tips on how to do it.

What is the “fail early fail often” approach?

The “fail early fail often” approach, also known as the “learn by doing” approach, treats making mistakes as normal, necessary, and desirable, as they're an important part of the learning process.

The concept is often attributed to Thomas Edison, who said, “I have not failed 10,000 times. I’ve successfully discovered 10,000 things that don’t work.”

The idea behind this approach is that if you try something new and fail at it, you’ll learn from that experience.

You’ll also be more likely to remember the information. In the long run, you’ll be better off for embracing failure and using it as a learning tool. The benefits of failing early and often

Here are a few:

- You learn new skills more quickly. When you’re trying something new, you’re likely to make mistakes. Failing early allows you to make those mistakes sooner. That way, you can learn from those errors and try something different the next time. Fail early!

If you keep at it and don’t give up, though, you will gradually feel more motivated to keep trying, a huge benefit of the making mistakes.

- You’ll be more creative. Creativity requires thinking outside the box. When you’re trying something new, there’s a good chance you’ll have to think of new ways to solve problems.

Failing early allows you to experiment with different solutions. Remember Thomas Edison. He didn't run away from the fail early fail often method. He embraced it.

How to embrace failure

How can you embrace the fail early fail often approach?

First, accept that failure is inevitable.

No one is perfect, and even the best people in the world at what they do make mistakes. Once you’ve accepted the fact that failure is inevitable, you’ll be more open to trying new things. You won’t be so afraid of making mistakes, and you’ll be more likely to succeed.

- Start small. If there’s something new you want to learn, don’t try taking on a big new project right away. Try to make a few mistakes in the beginning. As you get more comfortable, you can try something bigger.

- Don’t be too hard on yourself. Making mistakes is a normal part of life and success. The important thing is learning from your mistakes and to keep going.

- Make mistakes a part of your process. Make a conscious effort to fail early fail often. Do this through experimenting with different things and trying new approaches.

- When you’re starting a new project, give yourself permission to fail early fail often. It’s important to remember that failing doesn’t mean you're a loser. It just means you’re learning.

- Don’t get too comfortable with your current routine. Look for opportunities to get out of your comfort zone. Treat each day as an experiment.

There’s a lot to be learned from the fail early fail often approach.

While it might seem scary making mistakes is a good thing. You’ll learn more this way, and you’ll be more likely to succeed in the long run.

In order to fail early fail often you must be open to new experiences, be willing to experiment, and be open to making mistakes.

Before you start anything new, accept that failure is inevitable and embrace the fail early fail often approach as a content marketer.

Don't be hard on yourself when you do make a mistake.

If you want to learn something new, fail early fail often. You’ll learn more, be more confident in your abilities, and be more motivated to succeed.

The NHL's Department of Player Safety needs a shakeup, in my humble END_OF_DOCUMENT_TOKEN_TO_BE_REPLACED

I'll admit it. When I heard Mark Scheifele's comments at the end of END_OF_DOCUMENT_TOKEN_TO_BE_REPLACED

Start Blogging In 2023 And Make Some Money

Are you interested in blogging but don’t know where to start? Good END_OF_DOCUMENT_TOKEN_TO_BE_REPLACED

Content Marketing For Startups That Is Low-Cost But Effective

Start Blogging In 2023 And Make Some Money

Content Marketing For Startups That Is Low-Cost But Effective